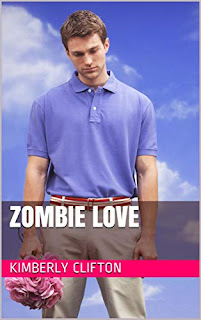 The window was open just enough to let in the cool night air.  Veronica wondered how long it had been that she had been in this car.  She watched the snow falling gently upon the hood of the vehicle out of one of the peep holes she made in the frozen windshield and wrapped her coat tightly around her, gun at her waist.  The snow had left a clue to the zombies who walked the streets at random times.  If she walked around to leave too many tracks to her car, they would notice the change and be on her, and she was down to her last round.

A glance at her fuel gauge only furthered the dread, as she realize that soon she would need to refuel, and that meant finding a place to get fuel and then the risk of getting out of the car to pay and fill it up…and she didn’t even know if the pay at the pump still worked, anymore.  But, if she didn’t fill up, she would have to face the cold without the heater, which was one of the last comforts she felt she had in the world.

She glanced at the serene scene around her and laughed at the irony of being in such a beautiful surrounding, hiding from the undead.  The undead … just thinking it was so surreal.  It’s like she woke up from a nightmare to find it wasn’t just a nightmare, and all of reality was turned on its head.  How could this have happened?  A month ago, her concerns were so different and seemed so important.  Now, what was real?  Was the world she remembered still real, or just the chaos that filled her days and nights.

A light blinked in the distance from a cigarette shop, and a movie theater’s marquis sign shined the name of its most recent movie.  She had never seen that one, but she wanted it.  She planned to go on her date to it, the night that all hell had broken lose.  It had all happened so suddenly, she recalled...

Email ThisBlogThis!Share to TwitterShare to FacebookShare to Pinterest
Labels: books