Beauty By My Eye

I thought about detailing what I’ve liked about different interests of past and current celebrity likes and such.  At first, I thought I shouldn’t, but.. it’s my blog, and I’m not with anyone anyway.. so here goes.

Both of my ex wives and other interests over time where driven women with a strong personality, which I like.  However, I liked it best when they bowed that strength for me.. that’s a good gift, which I did in return (sometimes too much).

Being an independent person, I tend to like those that were independent.. a little risky, sexy, flirty, etc but at the same time having a deep core of commitment to a moral code.. even if not one defined by others… EVEN if not the same moral code of me.  So, I like the strong characters like the lead singer of Roxette, Ava Max, etc, as well as the innocence of Natalie Portman or Jenna Coleman.

I like Dua Lipa’s videos when she is moody and passionate.  My favorite is when she is spinning around in Physical and reaching out for the guy.  The look of innocent hunger is thrilling.

Grace Chatto from Clean Bandit and Lindsey Sterling show a passion for music, and that is interesting to me to see their depth.  Mila Kunis, Zoey Deutch, and Billie Piper have that dark mysterious eyes that tells you there is a library of interesting things in a soul that feels all of them.

That’s just a few examples, aside from the obvious interest in feminine shapely sexuality.  And, before you think that I’m looking for perfection, I’m not looking for all of them.  One thing I’ve learned over time is there are dozens of paths you can take to happiness… and dozens of combinations with others to have it.  But, you don’t have to pause your interests when someone leaves your life, and it is those raw likes that help you remember who you are and what to look for in the future.

Tips for Peace of the Road to Happiness

I've noted several of these in posts and social media items from time to time, but I thought it would be good for me to pull them together on this blog that is dedicated to helping people move on from toxic situations or disruptions to finding a happier life.  I won't be accusing or condemning anyone.. simply recognizing the necessary steps that I needed to reach in order to stand peacefully content and hopeful as I do, today.

1.  I'm putting this as the top one, because I think it is the most important thing to realize in recovery, though the second one is very close to the top, as well.  The main thing that you need to realize is that you are not angry at the other person or what they did to you (and this applies to both sides as both sides feel the other did them wrong).  You are upset at YOURSELF for letting it happen.  You feel the pain, and you feel ashamed at yourself for either buying into a false perception or of GIVING a false impression... or just not taking action on a mismatch of interests and talents from early days.  Regardless, it's not them, it's you.  Once you realize that, you can forgive yourself, and THAT is when you start to have closure.

2.  Next, your time is better spent looking forward over backwards and what you desire over what you lacked.  Your effort is better spent building a life you enjoy over complaining over one you did not.  This doesn't necessarily require another individual.  Simply... every day... say what do I WANT or what would I ENJOY and start making decisions to bring yourself closer to those goals.  You have it within YOUR power to change the course of your life or to add things to it that will change your days, and I'm betting you don't want to go about feeling bad for your past or present readjustment period.

3.  Perception is important.  One can look at the same situation and feel alone and unsupported, or you can see it as being FREE to do whatever you want, like whatever or whoever you like, and feel good about yourself for doing it.  If someone else decided to depart your union, they have no power over you and their objections or the objections of others that side with them no longer matter, either.  Every ending is a new beginning.

4.  Happiness... or being happy.. will look different than it used to look.  This is especially true if you have been in a relationship for a while... both because society has changed around you and because you have aged and as such the realities of what you can expect and what would make you happy has changed, as well.

5.  Finally, reaching happiness doesn't involve reaching a certain income or situation level.  It happens in the length of an instant that you decide to be free and enjoy your life, today.  Then, you can find and grow in the happiness of a new potential. 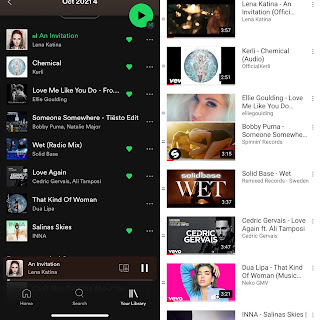 At first, I was going to put this on my good old days blog, but it is more fitting on the theme of this one.

Even church members will tell you that religion is poison... then they will all claim to not be religious, as they proscribe exactly what you must do to be showing your "faith" correctly.

I have been part of a couple different religious and spiritual communities at different times.  I am still a believer in Christ.  I just don't think that Christ would be fitting in many modern churches.  After being a church delegate to general council and youth director in the Methodist church, I was also a security guard in an Assembly of God church, where revivalist Rodney Howard Browne was holding meetings for months.  I have been a greater at a Lifechurch.  Then, I finished a Bible degree and most of a seminary degree at a Baptist run university founded by Jerry Falwell... the same one that graduated Tobymac.

I've heard the religious teachings by all sides and why THEIR views were right and the other was wrong.  I've seen more emotional excesses and failures by church leaders and members than I ever did among atheists.  I've personally seen church members ignore me in my times of pain, and I've even heard some teaching that poverty was a sign someone wasn't right with God and to be with God is to be blessed, which misses the mark by a LOT.  Poor Jesus that was born in a location and manner that made him exiled by many would be judged a sinner by many of the modern believers.  However, I have seen true faith in some believers with true love.  These were usually the newest believers that had not been ingrained in the RELIGION just yet.

However, I have explore witchcraft, as well, and I consider myself a Christian witch, and I feel and have seen indications that God not only agrees but wants me to be outspoken about it.  I noted recently on my social media that I have always been a prophet/sage, and my feelings and predictions almost ALWAYS come true, even when I don't want them to be true.  Since a young age, I objectively watched and considered spiritual people... witches, Christians, other religions, Eastern meditation and yoga (keep reading), and even people that really like football or music or art.  People get SPIRITUAL about many things, because it is how their spirit connects to the world and the divinity that not only maintains it be exists WITHIN all of it.

As I began to observe my experience in RELIGION and my experience in the spiritual, I can say that being spiritual is better than being religious, objectively.  Why?  In my experience, those that are religious are prideful, judgmental, narrow minded, and small.  They are not connected to anything other than what they consider pure, which grows smaller and smaller as time goes.  However, those that are spiritual understand the world is much bigger than their understanding, and they are open to the possibility that they don't know everything, other experiences can be valid, and unlike those that are religious they feel GOOD about themselves and live their lives to be a part of the universal song of which they are only one instrument.  That gives them purpose, and it gives them value and hope, and I encourage you to consider how YOU play in that song, as well.

Intuition and the Divine